Do Catfish Eat Other Fish And How To Fish Them 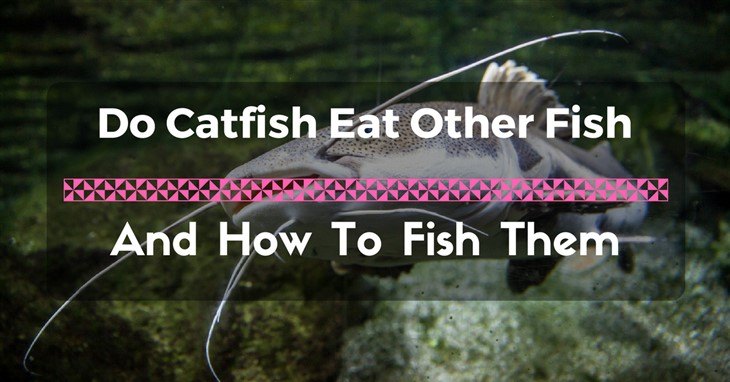 Are you planning to add catfish to your aquarium? Well, you are probably wondering how well catfish relate with other fish and do catfish eat other fish? You may also have heard the talk amongst fellow enthusiasts of how they suspect their catfish is eating their other fish.

Catfish are distinguished from other fish as they have smooth bodies that are without scales. They have organs that look like whiskers on their heads. These organs are also known as “barbells”.

The barbells are used to help the catfish to locate food in dark waters. You will find different species of catfish in various numbers in particulars parts of the world that they habit. If you are a catfish angler, the size of catfish that you expect to catch will depend on the area you are fishing and the type of water body.

Do Catfish Eat Other Fish And How To Fish Them
Catfish Feeding Habits
﻿What is the Catfish diet?﻿
﻿﻿Fishing for Catfish﻿﻿
Conclusion 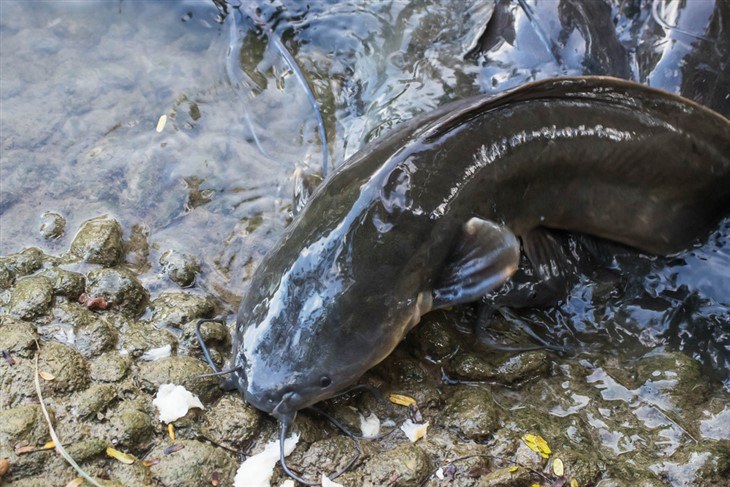 These fish adapt their diet to their environment. They are usually bottom feeders but change with the environment. Some of their different feeding modes include:

Catfish usually filter feed in groups at the water surface. The structure of their buccal cavity encourages suction feeding. They feed on different organisms depending on their availability in their habitat.

To answer your question, if they eat other fish? Yes, catfish eat other fish. They use their sense of smell as what draws them to a particular food. They are attracted to foods that have a strong odour.

What is the Catfish diet?

As I stated earlier, catfish adapt their feeding habits to their environment. Whatever is found in plenty at that place and time, is what they will take a bite. Even their size has an effect on their type of diet.

Catfish grow continually, therefore, the bigger the fish, the older it is. Small catfish will feed on small organisms and the bigger get, the more significant their type of diet becomes. The small catfish feed on insects, snails and clams.

As it grows big, then it starts feeding mainly on, dead or live fish. It is so whether the fish is in a tank or its natural habitat. In its natural habitat, catfish will feed on worms, frogs, fish, etc. during spring or summer. In winter, they turn to feeding on dead fish near the bottom of the water.

During fall, they feed on fish and frogs mainly. You can see that fish is the organism that dominates their diet in and out of season. They are usually, continually feeding that is from sundown to midnight.

They use their sense of smell and taste, to find food, as they normally have small eyes. Different types feed on various material, some feed mainly on wood and algae, while others relish the blood of other fish.

If you are a catfish angler, then you are in luck as they bite all-year round. The ideal place for you to look for catfish is at the bottom of the water. If you are planning to pull in big fish, you will have to invest in a sturdier fishing rod.

Commonly used baits that you can use to fish catfish comprises minnows, hot dogs, cheese, stink bait, etc. Your choice of bait should depend on the size of fish you want to catch and the temperature of the water. Attach it to a sharp hook, especially one that has a baitholder at its shank.

As for the perfect line to use, it is recommended that you use a thick line, say, of at least 10 pounds. They are prone to putting up a struggle once caught. When fishing rivers or streams, fish for them in the outer edges of the bend with snags, rocks or uncut banks.

If you have catfish in your tank and may be noticing that some of your fish seem to be disappearing, you are probably wondering who could be the culprit. Do catfish eat other fish? Yes, they do.

Catfish adapt their feeding habits to their habitat. Whatever organism is found in plenty in their environment, that is, what they will feed on that time. The season also matters, but the constant body that makes up their meal is fish.

Their size dictates their type of diet. Small catfish will feed on insects, clams or snails. As it becomes significant, so does its food vary. Big catfish feed on dead and live fish. The bigger the fish, the older it is.

They use their sense of smell to pick their feed. Therefore, the stronger the odour, the more likely it is to be fed on by the catfish.

Read more: How To Kill A Catfish