Chainsaws And Ice Fishing. Is There A Better Way? 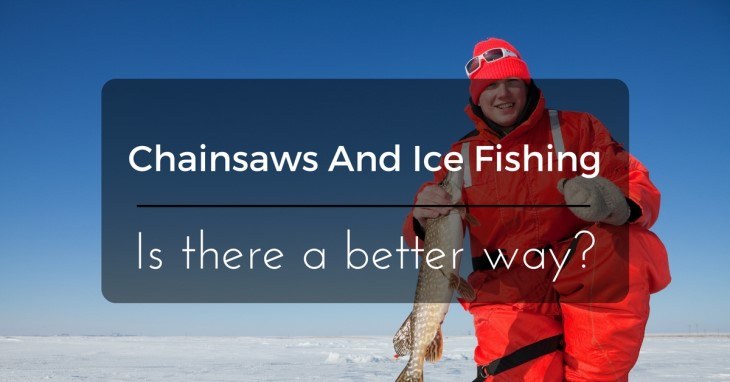 So you're going ice fishing, and you want to know if it's safe to use your chainsaw. Not just safe for you, but safe for the environment. You want the next generation to be able to ice fish too! Well, lets take a look at the subject and see if a chainsaw, is really the best tool for you.

Before you so much as set foot onto the ice, there are a few key points you need to consider. Such as, convenience, safety, environmental damage, location, maintenance and if there are any better options. I mean, if you can go with something safer, why wouldn't you?

You are going to be walking or driving out to your fishing spot on unpredictable ice, so weight and size matter. Plus extra gas and your sharpening tools. The more portable the chainsaw is, the less powerful it may be. So find yourself a good balance between the two.

Many times you will have your family with you, and you know that safety is a top concern. Chainsaw accidents According to the U.S. Consumer Product Safety Commission, there were more than 28,500 chainsaw injuries in 1999.

More than 36 percent were injuries to the knees and legs. And according to OSHA, in 2012, 243 people died in chainsaw related incidents.

Ice thickness is not always optimal for a chain of teeth to be spinning into it. According to The farmer's almanac, at three inches, it's safe for one person on foot so I wouldn't try to cut into it at that point.

Ice fishing in itself has some risks of its own. Everything from carbon monoxide poisoning from heater misuse, to frostbite. So you have to decide if you really want the added risks of a chainsaw on top of that.

For more Ice fishing safety tips and tricks you can watch:

The oil from some chainsaws can be harmful! And illegal in some places. Always know the laws in your area and know your chainsaw. Some people have taken to using vegetable oil instead of traditional harsh oils.

In many places, the use of a chainsaw on the ice is illegal because of the oil. You also want to have a map of the body of water you plan to fish on. If there are any hot springs, or currents, that can compromise the stability of the ice. 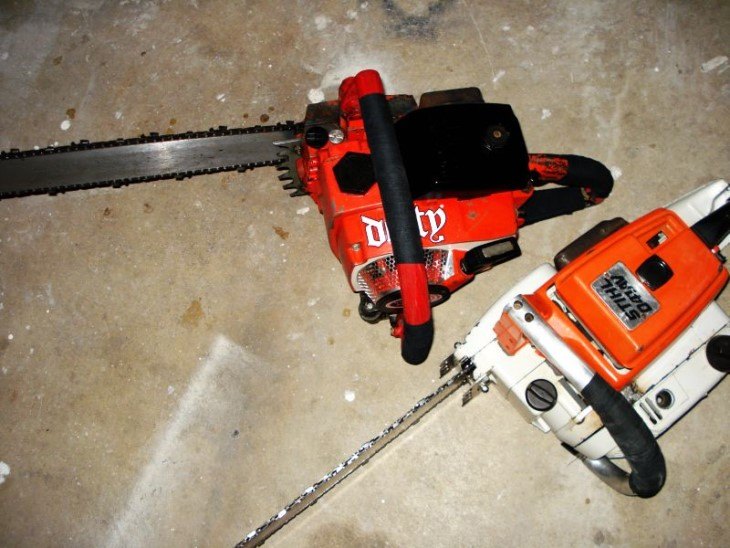 With a chainsaw, you end up pulling a lot of water into your tool. So you always have to thoroughly clean and dry it. If you don't keep up with it, you will end up with a rusty tool no longer fit to use.

You also have to know how to sharpen your blade. Just because you are technically cutting through water, does not mean that it will not dull your blade.

There are two different options traditionally used in ice fishing. One, is called an Auger. Two different types one, being hand powered, and the other being motor powered. Both being safer and easier to use than the chainsaw.

The other is a spud bar. This does not work so well if you are on thicker ice, as it will take a long time. But also less safe on thinner ice because of the risk or shattering the ice you're standing on.

The more you know

Knowledge really is power. Before you step foot on the ice, always be prepared. Research before you go out, and make sure you have taken all the necessary steps for safety on the ice. 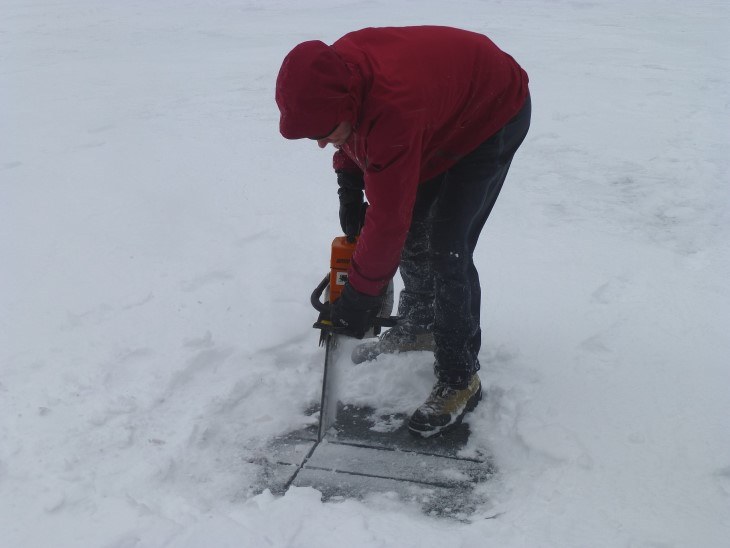 So here are a few steps you can take to keep safe if you choose to go with a chainsaw.

So now you know a little more about ice fishing and chainsaws! From on fishermen to another, Good luck!