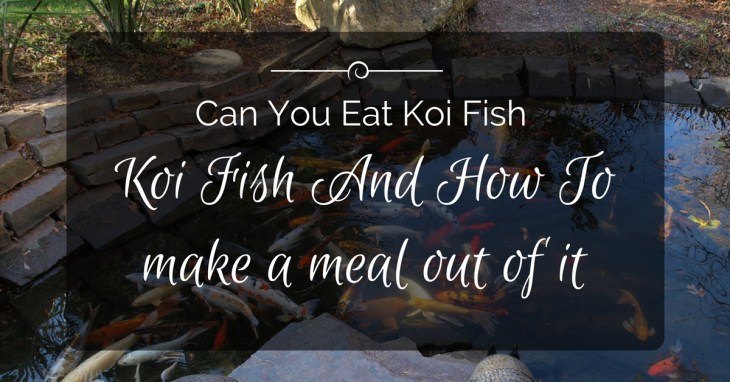 You might wonder why is K﻿oi ﻿fish a famous delicacy among local folks yet still you don’t know anything about Koi fish. The knowledge about Koi fish starts from its origin, how to identify koi fish, where to find koi fish and how to catch or can you eat Koi Fish?

You will be surprised about the finer details that Koi fish possess that are so unique compared to other fish that will make you think twice about eating Koi fish.

Can You Eat Koi Fish And How to Make a Meal out of It
Where Did Koi Fish Come From?
What is Koi Fish?
Categories of Koi Fish
Characteristics of Koi Fish.
How to Catch Koi Fish?
Preparing Koi Fish
Conclusion.

Where Did Koi Fish Come From?

Two hundred years ago, interbreeding of fish was widely practiced in the most developed regions of the world including Europe regions and the Asian regions. In the year 1820 in Japan, common carp that was found easily in its water bodies and used as food, was interbred to produce a subspecies that was characterized by a color. That is when koi fish came into existence. 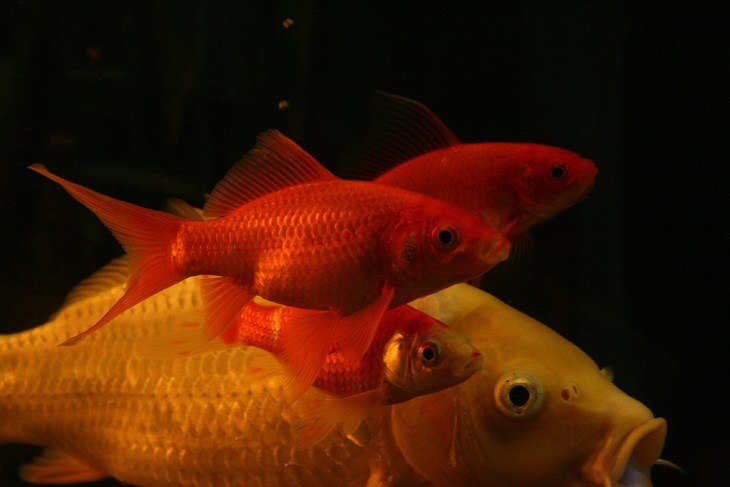 What is Koi Fish?

A simple description of koi fish is a subspecies of the common carp that's identified by the variety of colors and patterns it possesses, and it used for food and kept as pets. Clearly, you can eat koi fish, but you have to know how to find the fish, catch it and cook it before you start to eat the fish. 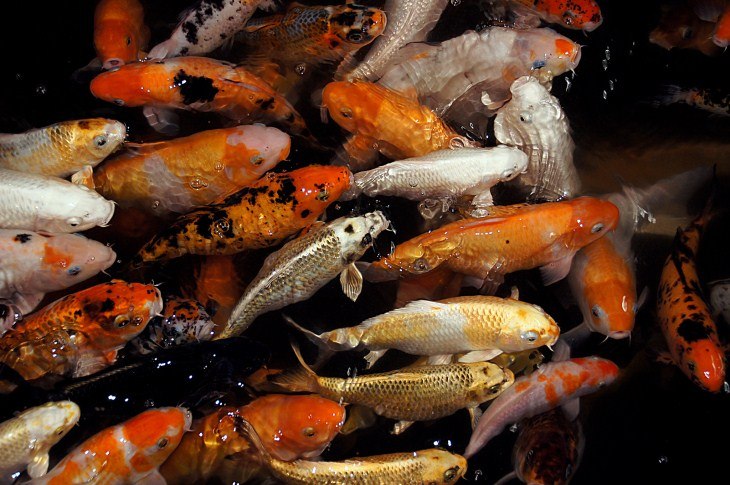 Koi fish is just a sample of the million species of fish found in water and to differentiate them from the other fishes; they have the following characteristics.

How to Catch Koi Fish?

You have found out how to identify and differentiate koi fish and other cold water fish but how do you make a catch? Well catching Koi fish depends on where the koi fish is found either in a pond or a sea or lake. Different fishing methods can be used to catch koi fish, and others would not work.

In a pond catching koi fish is easy as you would use only a ﻿fishing rod with a small line or a net can be swept through the basin to catch the koi fish. In a deep water body, you would use a long fishing line as koi tend to feed on the bottom of a water body.

Cooking koi fish is as easy as cooking other fish though it might take long to cook as it as carp have a tough meat. The standard methods of cooking the fish are steaming and frying though the fish has to clean and the internal organs removed.

When cooking; clean the fish and remove the body organs, rinse the fish with fresh water and cut it into small pieces to fit into the steamer. Add oyster sauce and some herbs and marinate the pieces for a few minutes and steam your catch for fifteen minutes and it’s ready to eat.

When frying; clean the fish first and cut the fish into a large piece. Add spices, sauce, and herbs to the fish. Add olive oil to a hot pan and fry the fish both sides till the pieces turn brown. It takes about fifteen minutes and it’s ready to eat.

Many rumors surround the koi fish and ask whether it is edible. Can you eat Koi fish? Yes, you can eat Koi fish. Although the places that sell Koi fish sell it at hefty prices and many people, regard Koi fish as pets.

It is good to know that some Koi fish bred in a pond are fed chemical that is not good for your health. Hence, it 's nice to know where the koi fish you are about to eat comes from. The decision whether you want to eat koi fish or not is upon you, but one thing is clear, you can eat koi fish.